I did not grow up on icebox cakes. And I will be perfectly honest, my first experience with the concept was the Famous Wafers and canned whipped cream version, which I must have first encountered in college, but was known to make in my early apartment days. In fact, I thought that was officially Icebox Cake. It never occurred to me that there were versions. Then I was served a … END_OF_DOCUMENT_TOKEN_TO_BE_REPLACED 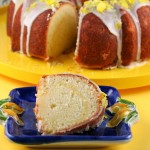 When you are the cook in the family, the special task of creating family celebration meals falls to you.  It is an honor and a privilege and one I take very seriously.  I always pay attention to what my family members like (and don’t) and my favorite kitchen task is devising and creating meals or treats that will surprise and delight them.  When the whole family … END_OF_DOCUMENT_TOKEN_TO_BE_REPLACED