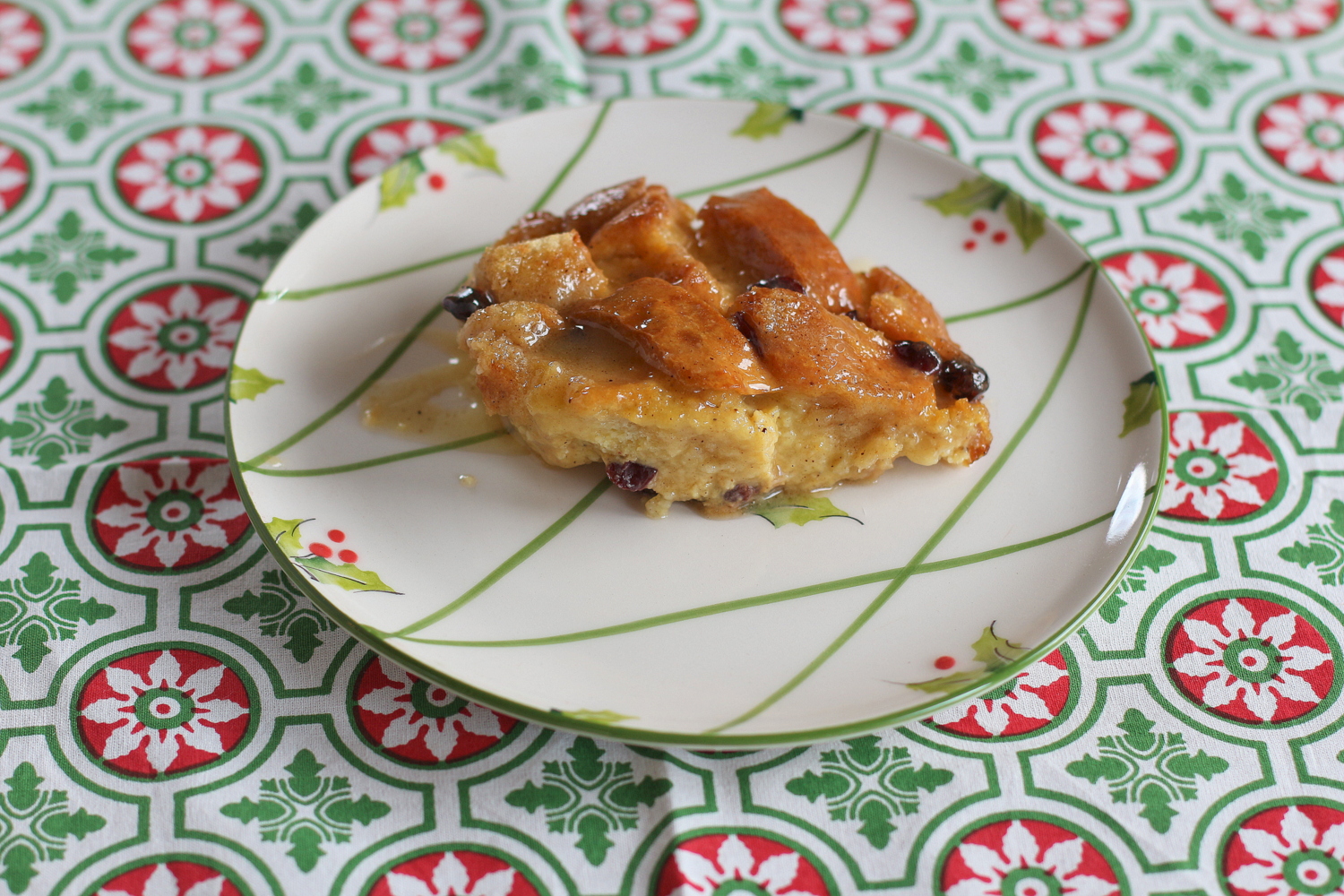 You have to love a dessert that ticks all the holiday entertaining boxes – feeds a crowd, can be made ahead and is full of festive flavor. And this dish does that in spades. Not to mention that is easy to prepare, but impressive in taste and presentation. And I’ll be honest with you, it’s hard to mess this up. I made it once thinking I’d be so smart and set the oven to a timed cook while I was off opening presents with family so it would be perfectly ready for its icing and transport to the Christmas brunch. But I set the oven timer wrong and it didn’t cook in time for the festivities. So I let it cook later in the day, iced it and stuck it in the fridge. The next day I heated it up and it was still delicious. I wouldn’t recommend doing that though. But if you cook the bread pudding, pour over the icing and let it sit while you eat the main meal, it will be nice and warm and saucy for dessert.

All that being said, I also like it on the buffet with a large brunch spread, not just as a dessert. It is not cloyingly sweet, just a nice hint of rum and spice and that perfectly Christmas taste of egg nog. While I prefer it warm, I can assure you it is equally good at room temperature, so it can hang around while everyone makes their way through the buffet. The icing could be served as a sauce to pour over, but I find it so much easier to during the hectic holiday cooking to serve it all in one dish with no sauce boat or ladle hanging around.