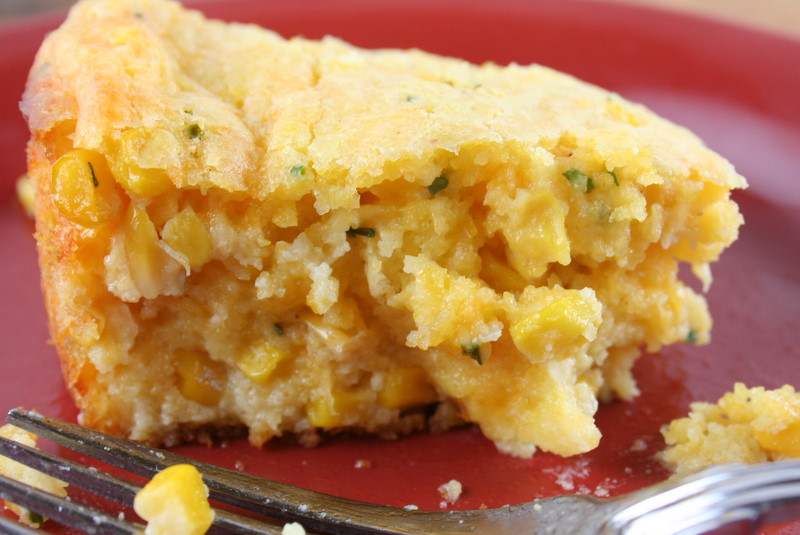 Now that the countdown to Thanksgiving has begun, I surveyed some friends about their favorite Thanksgiving dishes.  Most answers were sweets – rich and decadent ones at that, like coconut cake and pumpkin squares.  No one answered turkey.  My personal favorite is corn pudding.  It may seem like an unnecessary addition to an already laden Thanksgiving table, but I just have to have it.  And I think my family appreciates it as well.  It is the one dish from which there are no leftovers, though I generally sneak the last little serving that everyone leaves in the dish to be polite and wrap it up to be eaten privately when the guests are gone.

Now, I love corn in all its many forms.  Fresh on the cob grilled or boiled, scraped from the cob creamed or fried.  I like it in corn bread and as a salsa.  I like fresh, frozen and I am happy to use canned.  My favorite iteration though is far and away corn pudding.  Baked and puffed up, served warm from the oven.  I have made every recipe for corn pudding I have ever seen, ones that involved shucking and scraping dozens of ears of corn and ones that use a bag of frozen kernels.  And believe me, the recipe below is the best one of all of them.  It probably started its life on the back of a box, and I probably picked it out of some community cookbook.  I have changed it up with a few flavor additions, but the basic recipe creates a light, fluffy, creamy dish – everything a perfect corn pudding should be.  My favorite flavor add-ins are the cheddar cheese and chives, and these beautifully compliment the rest of my Thanksgiving spread, but I have made it many ways – with pepper jack and green chiles, sharp cheddar and diced pimentos, fontina and sage.  I have called it corn soufflé on occasion, but I really think of it as good old-fashioned corn pudding.

I make this on Thanksgiving Day to serve fresh from the oven, since it is so easy to whip up.

In a large mixing bowl, beat the eggs, then add both corns, butter and sour cream and mix thoroughly.  Fold in the corn muffin mix, cheese and chopped chives.  Add a pinch of salt and a few grinds of black pepper and mix completely.

Scrape the mixture into the prepared pan and smooth the top.  Bake for 30 – 35 minutes until puffed and golden and firm in the center.