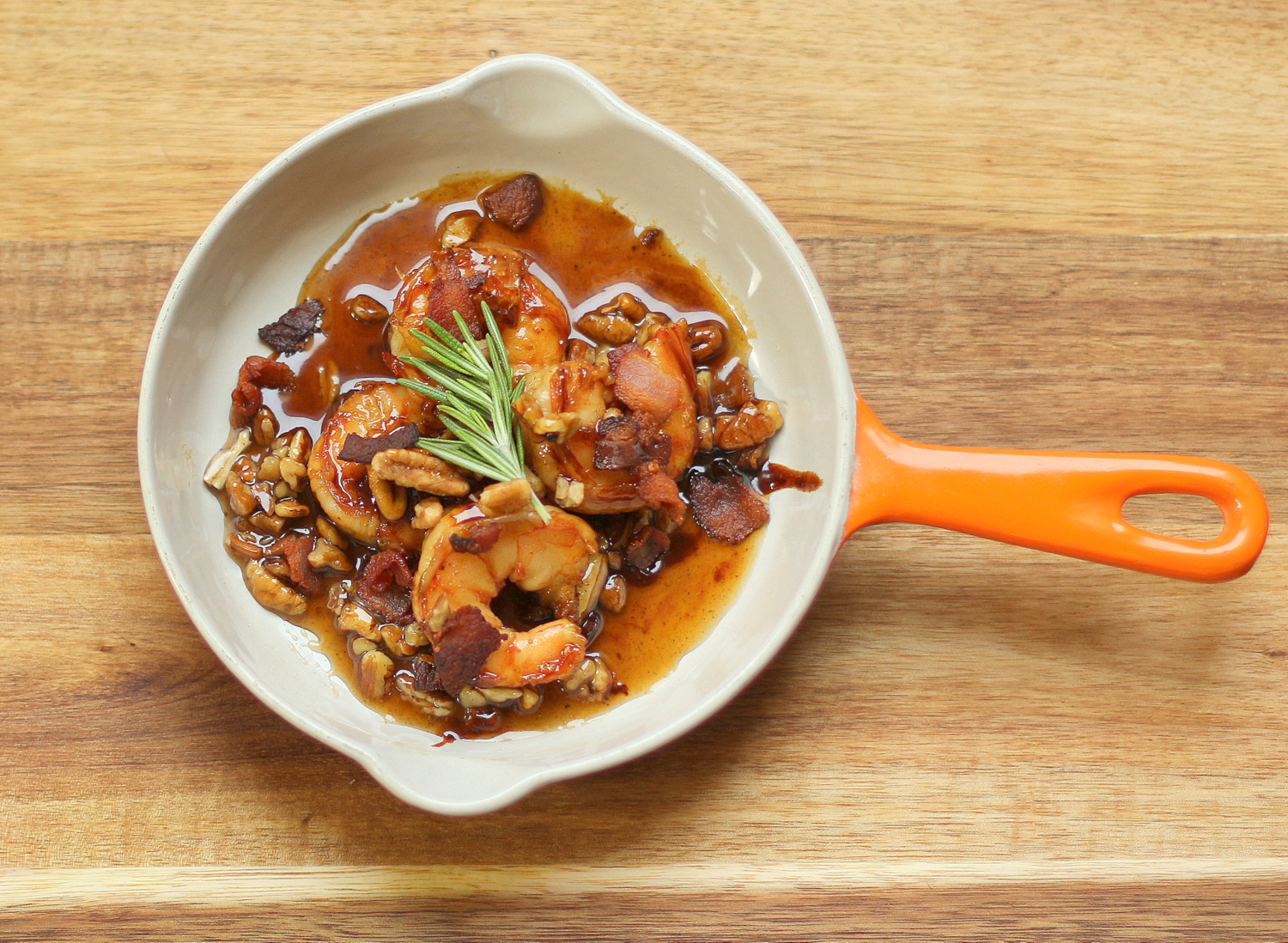 Many years ago, I hesitate to say how many, the hot appetizer around town, both in restaurants and from party caterers, was bacon wrapped stuffed shrimp, often with a sticky glaze. They were an absolute hit with everyone. I, of course, re-created the dish at home and for some years served it at my own little gatherings. But it was (and still is) a lot of work. Butterfly the shrimp, carefully stuff them, hold them together while wrapping in bacon, securing with a toothpick, brush with a glaze, cook and serving immediately. I eventually gave up the ghost as I thought it was more trouble than I was willing to go to anymore. But bacon wrapped shrimp is just a plain delicious dish, so I worked to create something that mimicked the flavor without all the fuss. So here you go.

I’ve used shrimp of all sizes for this dish, but for toothpick appetizer purposes, little one bite morsels work best. Warm a serving dish in a low oven to serve these in, though they will remain delicious at room temperature. I have served this spooned over rice as a meal as well, and it makes a lovely supper. I do recommend making this and serving it quickly, but the sauce can be made a half hour ahead and kept warm over low heat. Up the heat and cook the shrimp as directed.

Rinse and drain the shrimp and pat dry with paper towels.

Toast the pecans in a dry, deep skillet until lightly browned and they have a lovely nutty fragrance. Transfer to a plate and wipe out the skillet. Cut the bacon into small pieces and cook in the skillet over medium high heat until browned and crispy. Transfer to paper towels to drain, then carefully pour the bacon grease into a bowl. Don’t wipe out the skillet, just return it to the heat and add the water and brown sugar and stir, scraping up any browned bits from the bottom of the skillet. Drop in the rosemary and bring to boil. Cook until syrup and thickened, about 5- 7 minutes. Remove the pan from the heat and stir in the bourbon and lemon juice. Stir in 1 Tablespoon of the reserved bacon drippings and the butter and stir gently until the butter is melted. Stir in the bacon and toasted pecans. Return the pan to medium heat and add the shrimp, basting them with sauce until they are pink, curled and cooked through, just a few minutes.

Serve the shrimp immediately with toothpicks and some good bread for sopping up the sauce. 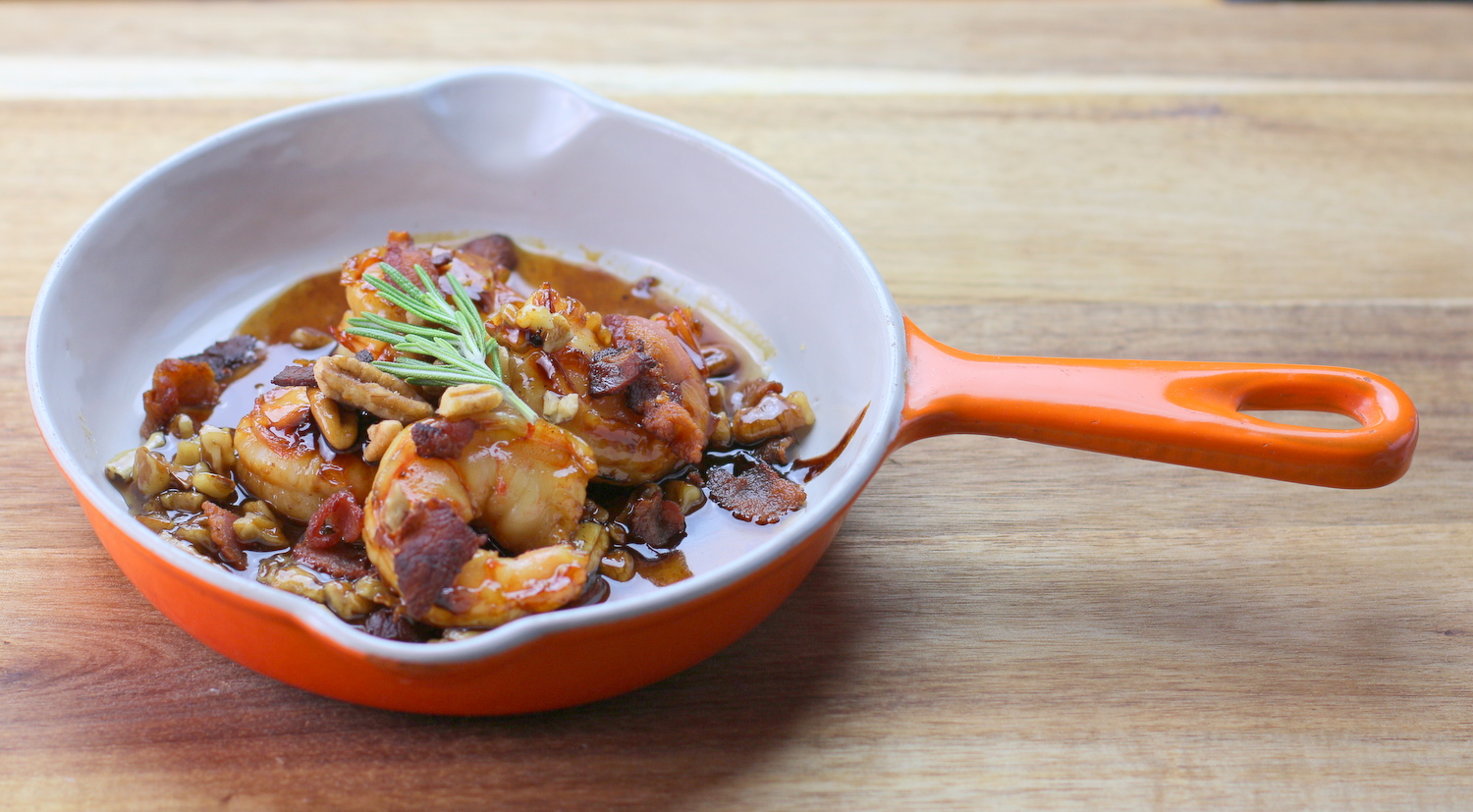